December 14th at the T-Mobile Arena in Las Vegas we will get the long awaited match between Welterweight Champion Kamaru Usman (15-1-0) and former Interim Champion Colby Covington (15-1-0).

Usman, while critical of his controversial opponent in the past, knows that he has a difficult task ahead of him if he is to retain his belt:

I just feel that all in all my skills will speak for themselves. Fatigue makes cowards of us all. That’s my job to prepare and make sure that I don’t get to that point. Plus, I just think I’m sharper.”

Covington is coming off of a dominant performance at UFC on ESPN 5 against Robbie Lawler. In the bout, Covington set a significant strike attempted record (515) on his way to a 5 round unanimous decision.

Usman is the early betting favorite at a -170 to Covingtons +140 (www.bovada.nv). The matchup is fascinating in that both fighters look to use a similar style against their opponents which consists of moving forward, applying pressure, and using wresting and pace to control their opponent.

Who will impose their will against the other? Make sure to head over to www.mmaimpact.com/forum to debate these topics further! 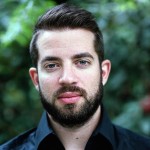