Jon Jones was victorious once again Saturday night at UFC 247 in Houston, Texas in a razor close decision over #1 contender Dominick Reyes. It was a unanimous decision win for the champion, who broke the record for most title fight wins (14) surpassing former welterweight and middleweight champion George St. Pierre.

While unanimous, most experts agree: the fight could have went to either Jones or Reyes. UFC President Dana White agreed.

“I had it 3-1 Reyes going into the last round. Joe Silva, our former match maker, had it a draw coming out of that fight. Other guys that work for us had Jones winning by 1 round, so this thing was all over the map.”

Jones, 26-1-0, is now faced with the decision on whether to remain at 205 and possibly give Reyes a rematch, or to move to heavyweight which has been widely speculated before this fight and face the winner of Stipe Miocic vs. Daniel Cormier 3.

One thing is sure however; Dominick Reyes has earned the champions respect.

It’s an incredibly hard thing that I did tonight. Dominick is tall, he’s big, he’s strong, he’s well coached, and he’s a lot better than I thought he was. This guy has knocked out everybody else almost that he’s fought. He’s definitely a worthy opponent.”

For more reaction and debate head on over to our new MMA Forum at: 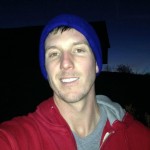